Over the past month, the focus of the lawmakers has been on the repeal of the Affordable Care Act or Obamacare and passage of a new healthcare bill, the American Health Care Act often dubbed as TrumpCare. Those efforts didn't go far enough the last time in April, but it still continues as work-in-progress. The Bill is being seen as a legislative hurdle that the new administration wishes to surmount before making further progress on its other priorities like tax reform and infrastructure spending.

In the absence of price-cutting rhetoric and tweets, biotech stocks calmly consolidated over the month of April. In fact, as the Nasdaq (QQQ) made a new high last week and the S&P 500 (SPY) approached one, the Biotech indexes, represented by the Nasdaq Biotechnology Index (IBB) and the S&P Biotechnology Index (XBI), were within 5% of their 52-week highs. This is a favorable departure from similar instances in the past where the biotech indexes were treading water and struggling well below their 52-week highs, as the broader market climbed higher.

The IBB index is once again approaching a key long-term resistance level.

Can the Biotech stocks punch forward to new highs?

A few things bode well for the Biotech stocks this time around, and will most likely contribute towards creating the right environment for the sector to breakthrough and make forceful new highs. But the highest wall to surmount is policy clarity, and we are approaching an inflection point.

This is an issue that remains unresolved and casts a long shadow on the sector. If this issue were to be resolved in the industry's favor, the biotechnology sector can surge at least 10% in a matter of days, and 2017 can be a Year of Biotechs - a true bonanza indeed.

Though the timing is uncertain, there is supporting evidence that it may just play out that way. 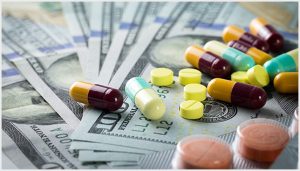 Even though there has been a sharp rebuke of high prices for drugs and threats of price regulation, the way the administration has leaned in the first quarter suggests a more process-improvement approach. This will involve bringing down the significant pre-and-post-approval drug costs by speeding up the approval process, rather than a rework of the Medicare regulation.

The nomination of Scott Gottlieb as FDA Commissioner took a major step forward, and as expected it was recommended by the Senate's committee on health. The nomination will now come up for a final vote in the Senate, and even though no date has been set, it is most likely to occur this month. In our opinion, the final confirmation should begin the process of achieving more clarity on the government's strategy to reduce prices.

The probability of new regulation, which approves price-bargaining by the Centers for Medicare and Medicaid Services, is slim. In addition, the recent difficult experience of passing health care legislation through a Republican Congress makes the possibility more remote. Even in the unlikely scenario that Trump supports a Medicare bargaining rule change, it will be a hard task to get it past the Republican Congress, and the evidence from the Obamacare repeal speaks for itself.

As a new FDA Commissioner, who strongly supports process changes, is appointed, we believe the health care policy direction of the administration will become clearer and allay fears of any dramatic price regulation. Such clarity may or may not come this month. But the market will begin to factor a relatively more benign regulatory environment, instead of what it has been fearing for the past many months. In our opinion, this will allow valuations to rise and move forcefully beyond the prior resistance levels.

A further discussion of the low probability for price regulation can be found in the March article, Positives Building For The Biotech Sector.

The recent rise in the small-cap stocks, as represented by the Russell 2000 index (IWM), suggests that the market's risk appetite has improved and remains strong. The sharp breakout in small cap stocks after a lengthy consolidation creates a favorable backdrop for speculative sectors like biotechnology. In a recent article, Is The Market's Hour Up, we discussed the reasons why the market can continue to head higher. As long as the stock market remains in a firm uptrend, biotech stocks just need some clarity to leap higher fairly quickly.

The earnings for S&P 500 companies have been coming in at a higher than anticipated growth rate. As per Factset, if the 12% growth rate expected this quarter is realized, it will be the highest level achieved since Q3:2011.

The few large-cap and mid-cap biotechnology companies that are earnings driven have started off on a better note than the prior quarter when Biogen (BIIB) had reported dismal numbers. This time around, Biogen reported better than expected numbers and set an upbeat tone. In February, Biogen had spun off its hemophilia business as a separate entity called Bioverativ (BIVV).

The largest biotech, Amgen (AMGN), reported better earnings although revenues were lighter than expected, while Celgene (CELG) also reported higher earnings and lighter revenues. A highlight for the sector was Alexion Therapeutics (ALXN), which blew past expectations and raised guidance. Incyte (INCY), which along with its partner Ely Lilly (LLY) is recovering from an FDA rejection of its rheumatoid arthritis drug, is expected to report later this week.

Industry giant Gilead Sciences (GILD) continued its string of disappointing earning reports, as both revenues and earnings missed estimates due to a steeper decline in its blockbuster Hepatitis-C franchise. For Gilead, the winter continues, even though the report was not as bad as the company maintained its full-year guidance and its HIV franchise is growing.

On the pharmaceuticals side, industry giants Pfizer (PFE) reported better earnings and lighter revenues, while Merck (MRK) beat on the top-and-bottom lines. In the mid-cap space, Sarepta (SRPT) and Exelis (EXLS) reported stronger than expected performance.

Overall, earnings for the biotech sector appear at this stage to be better than the prior quarter, and Gilead's disappointing results, which were not a major surprise, are not going to be a burden on the sector.

The revenue struggle of some of the larger biotech and pharmaceutical companies should support an argument for a more robust M&A environment. But the first quarter was one of the slowest transaction quarter in the past two years. The M&A transaction value for the combined pharmaceutical and biotech group totaled $44 billion in the first quarter. This is down 13% from same period in 2016, and 35% from 2015 levels, as reported by Bloomberg.

The data confirms that Trump's verbal assault on drug prices has created a cloud of uncertainty and made the sector cautious about engaging in transactions, at a time when there are compelling business reasons to do so.

Policy clarity is critical to spurring M&A. Moving beyond the Obamacare debate is important. Even a no repeal and replace is clarity enough. With the confirmation of a new FDA Commissioner expected this month, the White House, the Department of Health and Human Services, and the FDA can begin to outline their policy to bring down drug prices, a stated Trump goal. While we believe the policies will leave the status quo intact with regards to pricing negotiations, some upfront clarity will still be required to allow the companies to begin committing serious capital on transactions.
However, we don't believe smaller transactions, like those around $1 billion or less, will be adversely impacted while waiting for policy clarity.

A point to observe is that the pressure remains strong on large pharmaceutical and biotech companies to purchase promising assets. A major acquisition by a large player can break down the wall-of-concern and push competitors to engage in transactions as well. That may just happen if Gilead decides to finally move on building its oncology practice. 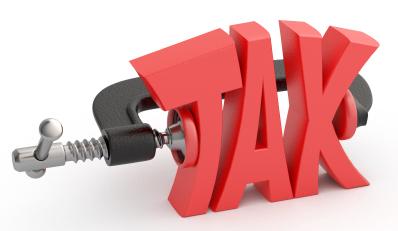 Any tax reform that cuts corporate taxes and allows fund repatriation at more attractive tax rates will help the stock market in general. Biotech stocks will benefit from greater liquidity as well.

Furthermore, an announcement of a low-tax repatriation policy by the administration may accelerate the plans of international pharmaceutical companies to acquire US assets before the competition with US rivals intensifies as a result of the cash influx.

In addition, a review by the Trump administration of tax rules passed in 2016 can put the rulings on tax inversions, which made them difficult to execute, into play. Loosening of tax rules will assist large companies in the pharmaceutical sector, which were heavy users of inversions, to once again engage actively in sizable cross-border M&A transactions.

The Biotech sector has got off to a strong start. As of the end of April, the benchmark biotech ETF, IBB, is up +12% for the year, and our Prudent Biotech Portfolio is up +19% for the same period.

Biotechnology is showing the characteristics that can create a Bonanza Year for investors.

Can the Biotech stocks punch forward to new highs?