In an article two weeks ago, Biotech's Best Chance, we had discussed the rationale for Biotech's imminent breakout.

One of the reasons we had mentioned but underemphasized due to timing uncertainty was Clarity on Health Care Policy.

But that is changing now.

An Executive Order being framed, whose details were revealed at the end of last week, provides much clarity and now adds another potent catalyst to a mix that was already suggesting higher biotech valuations. 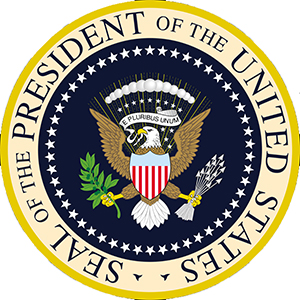 Last Friday, key administration officials, including Health Secretary, Tom Price, and Director of the Office of Management and Budget ((OMB)), Mick Mulvaney, met as part of the Drug Pricing and Innovation Working Group to address a major Trump campaign promise - reducing drug prices. Interestingly, Joe Grogan, who works for the OMB and is leading the working group, served as a lobbyist for Gilead Sciences until March this year. The six-page draft, that will form the basis of the Executive Order, outlining efforts to lower drug prices has turned out to be quite industry-friendly. Quite importantly, the issue of price bargaining power to the Centers for Medicare and Medicaid Services is not part of the proposal, a concern that had choked sector valuations since late last year.

If one followed the actions of the administration over the past few months, this would have been expected.

As observed in our earlier articles:

"Even though there has been a sharp rebuke of high prices for drugs and threats of price regulation, the way the administration has leaned in the first quarter suggests a more process-improvement approach. This will involve bringing down the significant pre-and-post-approval drug costs by speeding up the approval process, rather than a rework of the Medicare regulation...The probability of new regulation, which approves price-bargaining by the Centers for Medicare and Medicaid Services, is slim." Biotech Bonanza - Approaching An Inflection Point, May 2017

"We believe the administration is now fairly well-settled in framing its policy on bringing down drug prices. The thrust will be to reduce regulations and create faster drug approvals, to eventually bring down costs. We may end up with egg on our face, but it is our inference, based on the above analysis, that Medicare price negotiation will not be part of the healthcare policy." Positives Building For The Biotech Sector, March 2017

The Executive Order is expected to recommend the following key measures:

It should be noted that an Executive Order does not have the legal authority, but it can be used to direct the actions of the regulatory agencies and can presage a more comprehensive policy along the same lines, although this is not guaranteed.

One of the biggest uncertainties in the fog of health care policy that has enveloped the sector for the past nine months has been the ability of Medicare to potentially negotiate prices. The absence of such a measure in the final Executive Order will prove to be a much-needed tonic for biotechnology and pharmaceutical valuations, and will even spur M&A.

The biotechnology sector, as represented by ETFs (IBB) and (XBI), have been in a prolonged consolidation, with limited participation in a market rally that has witnessed the S&P 500 (SPY), Nasdaq (QQQ), and Dow Jones Industrial (DIA) march repeatedly to new all-time highs.

Biotechs have been constrained primarily by a cloudy health care environment. The much-awaited clarity on health care policy will be addressed to a meaningful extent with the Executive Order, which is expected to be issued shortly, most likely before the July 4 congressional recess.

Biotechnology stocks are long overdue for a run-up, and the sector is now very favorably positioned, as the final policy piece is expected to fall into place, to command a higher portfolio allocation. Other reasons were discussed in our previous article.

In a market where the spotlight has been captured by technology stocks like Apple (AAPL), Amazon (AMZN), Microsoft (MSFT), Google (GOOG), Nvidia (NVDA), Netflix (NFLX), Alibaba (BABA) and Tesla (TSLA), the curtain is now poised to rise over Biotechs.

The article was submitted to Seeking Alpha on June 19, 2017, and first published there.