The months of October and November have been unfavorable for biotechs as the sector has witnessed a sharp pullback. The Nasdaq Biotechnology Index (IBB), shown below, retreated 12% from its 52-week high posted in early October.

During the same time, while biotechs have suffered, major market indexes have risen with the S&P 500 and Nasdaq Composite recording new highs.

Earlier this month, Trump took the opportunity to move forward his nomination of Alex Azar as new Secretary of HHS to make a push for lower drug prices.

The biotech indexes experienced much higher volatility and declined sharply on November 13, the day of the tweet, and the following day.

Trump's comment followed his criticism in October of drug prices. To the extent Trump's remark may have contributed to any decline in the biotech sector, it can simply be characterized as an overreaction. So far, Trump has pushed-out the effort for lower drug prices to the FDA with the mandate to make the drug-approval process more efficient. And nothing suggests that anything else is being contemplated.

The third quarter earnings performance knocked the wind out of the sails of larger biotechs and pharmaceuticals.

The Nasdaq Biotechnology Index, which is oriented towards the larger cap biotechs, has suffered from weak results and guidance, relative to expectations, of some of the major biotech companies. The likes of Celgene (CELG), Gilead (GILD), Bristol-Myers (BMY), Biogen (BIIB), and Alexion Pharmaceuticals (ALXN), have all stumbled on the earnings bar. Even Amgen (AMGN) was somewhat light on revenues for a couple of key products. Competition and resulting pricing pressures have hurt these companies. Vertex Pharmaceuticals (VRTX) and Incyte (INCY) were a couple of notable standouts among large caps, delivering strong top-and-bottom-line performance.

Uncertainty regarding the tax structure, duration of tax cuts, and the timing of passage of the tax bill appears to have further affected biotech stocks and done so disproportionately relative to the broader market.

An important consideration for the stock market is the final tax proposal and its passage through Congress. Tax cuts affect the smaller cap stocks even more so, relative to large caps, as much of their income is domestic. For biotechs, particularly mid cap and small caps which are more driven by data than earnings, an important consideration is the treatment of offshore income.

A favorable treatment in the tax statute, providing sufficient incentive to repatriate the offshore income held by pharmaceutical and larger biotech companies, will be a positive as it further enhances the liquidity pool at the disposal of larger companies to engage in acquisitions.

There is a strong likelihood of meaningful clarity in December on the nature and timing of the Tax Bill. 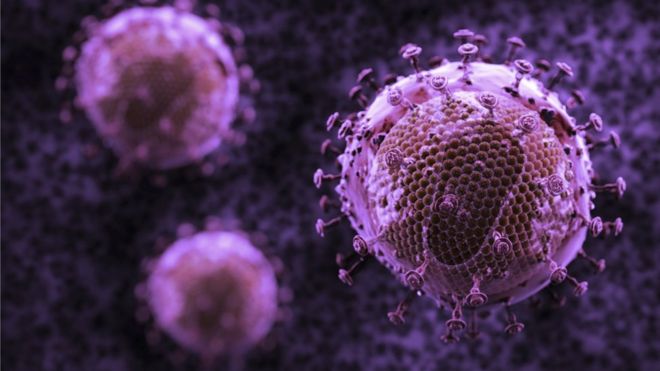 The over 10% correction in the biotech sector cannot be considered as a prognosticator of things to come for the broader market. Biotech has not led the stock market rally from last year, and in fact, has still to reach the all-time high posted in 2015.

The market is being driven by earnings, which continues to propel Nasdaq and S&P 500 to new highs. Biotechnology troubles can be localized to the earnings-related hardships of its leading companies. Limited innovation, new products, and pricing power may be longer-term issues that such companies will have to overcome, just like major pharmaceutical companies. Much of this large-cap segment of biotechnology may witness a consolidation as it awaits the next earnings cycle in January 2018. The IBB index now technically sits at a strong support region of 300 to 305.

However, the mid-and-small-cap stocks are not earnings affected to the same extent. The pullback in this segment can be viewed more as a normal undulation of the biotech market cycle. Biotechs do have higher volatility associated with them, and sharp swings are normal even though still quite painful. The small cap Russell 2000 index has now begun to forcefully move higher, recording a new high after consolidating since early October. This action suggests a healthy risk-appetite in the market and bodes well for speculative sectors like the biotechs.

Clinical data will always remain the dominant factor for the emerging mid cap and small cap companies, and generally speaking, it appears to continue leaning positive. One way to quickly assess the health of the emerging biotechs is the pace of IPOs and the venture capital funding, both driven by optimism on evolving science and innovation. Well, the biotech IPO pace remains strong in 2017, and venture capital funding is at its highest dollar amount approaching nearly $10 billion in 2017, outpacing the $7 billion earlier high set in 2015.

Biotech is biding its time for the right catalyst.

December can prove to be a month of opportunity. We believe the passage of tax cuts this year can be the catalyst that jolts the biotech sector, particularly the mid cap and small cap companies, to recover back the recent declines and even make new 52-week highs. The optimism of tax cuts is already beginning to get reflected in the recent performance of small cap indexes. However, a delay in the passage of tax cuts can hold back a sector recovery this year. This is our very near-term, 1-2 months, biotech viewpoint.

During 2017, the Nasdaq Biotechnology Index is up around +19% and the Prudent Biotech Portfolio is up +27%. There are many promising biotech opportunities, particularly companies that have reported strong clinical data and have since drifted lower in the broader sector decline. A few of the attractive biotech companies include Vertex Pharmaceuticals (VRTX), Sage Therapeutics (SAGE), Nektar Therapeutics (NKTR), Exact Sciences (EXAS), Alnylam Pharmaceuticals (ALNY), Zogenix (ZGNX), Spectrum Pharmaceuticals (SPPI), Dynavax Technologies (DVAX), Insmed (INSM), Global Blood Therapeutic (GBT), Loxo Oncology (LOXO), Esperion Therapeutics (ESPR), Arena Pharmaceuticals (ARNA), Juno Therapeutics (JUNO), Mirati Therapeutics (MRTX), and Abeona Therapeutics (ABEO). Some or all of these may be now or in the past part of our model portfolios. Investors should always consider a portfolio approach to diversify risk, as it is quite easy to make mistakes on individual companies.