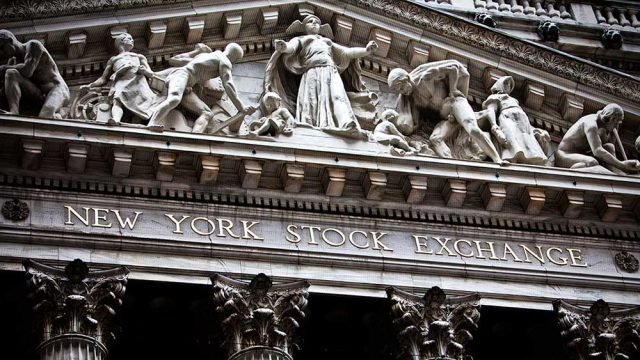 The stock market has continued to edge higher and the two major indexes, the Nasdaq (QQQ) and S&P 500 (SPY), touched the all-time high milestone last week.

The steady gain reflects a diminishing concern relating to the pace of a global economic slowdown, as major central banks and governments have moved to bolster growth. The Federal Reserve has been relatively aggressive in adjusting its policy this year after recognizing the potential risks to economic growth. At the same time, the Chinese economy is beginning to reveal signs of bottoming out as the government begins to boost infrastructural and stimulus spending. The ECB has been equally sensitive about signs of an economic slowdown and has indicated a patient approach. This almost concerted effort in key economic blocs is assuaging concerns that the global economy is sliding into an inevitable slowdown and recession.

The US yield curve inversion of the 3 month/10 year spread had spooked the financial markets last month. The inversion is mostly good for stocks over the next many months, as it raises the possibility of a Fed easing. However, as was noted in the article, Zero Spread Is Not Stomping Out A Bull Market, the more robust 2-year / 10-year spread did not turn zero, which would have confirmed a yield inversion and a recession in the future.

2 Year and 10 Year Spread ~ Did Not Touch Zero Yet or Turn Negative ~ Source: FRED

The first quarter GDP growth of 3.2%, although boosted by some transitory factors, has undercut an argument for a 2019 or even an early 2020 recession. As of today, a recession is a low probability outcome. In our opinion, a more likely scenario will be a step-down in growth in the first 9-months, followed by an improvement, based on resolving trade disputes and global stimulative measures.

The ongoing earnings season will determine the market's near-term direction. The expectation at the beginning of the month was for the first quarter earnings of the S&P 500 companies to decline by 4.3%, year-over-year, which would be the first decline since the second quarter of 2016.

Thus far, after replacing estimated earnings with actual earnings for the ~45% of S&P 500 companies that have reported, the earnings decline is 2.3%, as per Factset.

The ensuing week will provide a more concrete picture of the earnings decline as a majority of the reporting S&P 500 companies would have released their earnings by end of the week.

In all likelihood, the first quarter earnings will not be worst than the expectations of -4%. There is also the possibility that the S&P 500 earnings decline is much less than the expected -4%. In such a case, it would strengthen the bullish scenario and provide the market with a good chance to hold its ground and move consistently to new highs.

A sector which has performed well in the earnings releases thus far has been the financial (XLF) sector. The strength in financials this month indicates an expectation of a healthy economy and not one that is at risk of an imminent recession.

The recent surge in Transport (IYT) sector is another indicator of underlying strength in the economy.

Technology earnings are very important for the health of the Nasdaq index and will determine if the Nasdaq has sufficient earnings-driven fuel to push further to consistent new highs and hold the gains or otherwise retreat and consolidate. A promising indicator for technology sector performance has often been the strength of the semiconductor group (SOXX), which has continued to make new all-time highs this month.

It should be noted that the vicious decline in the market during October to December period last year, and the anticipation of an impending slowdown and recession pushed professional investors away from risky assets. The allocations have not returned to what may be expected in a growth environment. As of mid-April, equity funds outflow for the year has been $8 billion as per Lipper. A Bank of America Merrill Lynch survey of fund managers noted a higher allocation towards defensive assets as of March 2019. 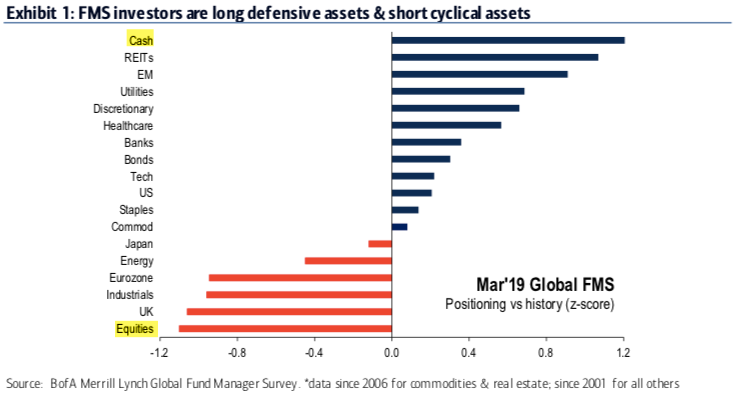 This suggests that there is money on the sideline that will flow into the stock market as confidence in the economy rebuilds.

Healthcare is in the political crosshair with new policy proposals, aimed at expanding healthcare coverage and reducing costs, continuing to be offered and gaining traction as primary season heats up. The healthcare issue is the topmost concern in the minds of most Americans, as per research by Kaiser Family Foundation, and will continue to be discussed even more heavily into the elections.

An earlier article, 2019 Biotech Outlook On An Uphill Battle, discussed the inevitable forces affecting the healthcare sector that are coalescing to profoundly change the dynamics of healthcare and the investing landscape.

During 2019 and 2020, healthcare will be a difficult sector to invest in as it encounters sharp volatility. However, the sector will offer selective opportunities for promising gains.

Biotechs, The Bright Spot In Healthcare

Biotechs will remain volatile from an investing standpoint, as they continue to be affected by the headwinds being encountered by the pharmaceutical industry. But biotechs have underlying support from increased demand for innovative products and the appeal of M&A.

In an earlier article, Biotech M&A Theme Builds Momentum, we had outlined the reasons why biotechs can find support in a volatile environment. The M&A related consolidation activity will remain strong for multiple reasons, including the pursuit of new science, boosting drug pipelines, declining in-house R&D returns and setbacks on major drug programs at large pharmaceutical companies, and greater eagerness within the industry to pursue transactions as evidenced by the pace of activity this year.

While the field of biotechnology is rich with potential as science and funding have merged to pursue high-risk and high-reward opportunities, there have been some high profile failures recently as well at big pharmaceuticals companies, which will further stoke their interest in M&A.

A few late-stage setbacks have included Gilead (GILD), within its NASH therapy portfolio, Bristol-Myers' (BMY) Opdivo combo oncology studies, and most recently the failure experienced by Biogen (BIIB) last month when it terminated its Phase III trials of its pivotal Alzheimer's drug Aducanumab after receiving verdict about its futility.

Alzheimer disease is one of the areas which has proven to be extremely difficult in making progress and the landscape is littered with discontinued therapies. The near total failure in creating meaningful therapeutic progress in this field is evidenced by the fact that over the last 10 years, 85 therapy indications have been discontinued, and only 1 approved, because of a failure to achieve the desired response. 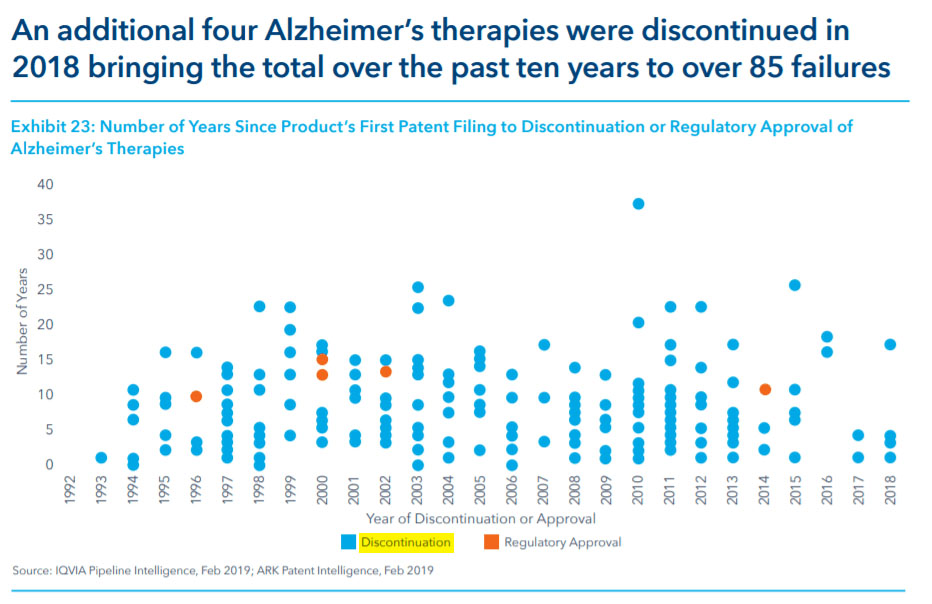 The Biogen setback was most likely a decisive blow to the beta amyloid hypothesis, which aims to prevent the buildup of beta amyloid plaque in the brain and thus prevent the onset of Alzheimer. A whole class of such BACE inhibitor drugs from Johnson & Johnson (JNJ), Merck (MRK) and Roche, Eli Lilly (LLY) and AstraZeneca (AZN), and Pfizer (PFE) have been discontinued over time, as Alzheimer has proven to be even more of a complex mystery.

Biogen made it clear last week that it expects to rebound from this major setback through late-stage M&A. Such setbacks at larger biopharma companies will only raise the attractiveness of acquisitions as a medium to replenish the product pipeline.

A compelling reason why a product pipeline refresh cannot avoid the acquisition of smallcap and midcap biotechs is that 72% or nearly three-quarters of the late stage R&D pipeline is accounted for by emerging biopharma, up from 61% a decade ago. The share of late-stage assets for big pharma has plunged over the period to 20% from 31%, as per healthcare analytics firm IQVIA. 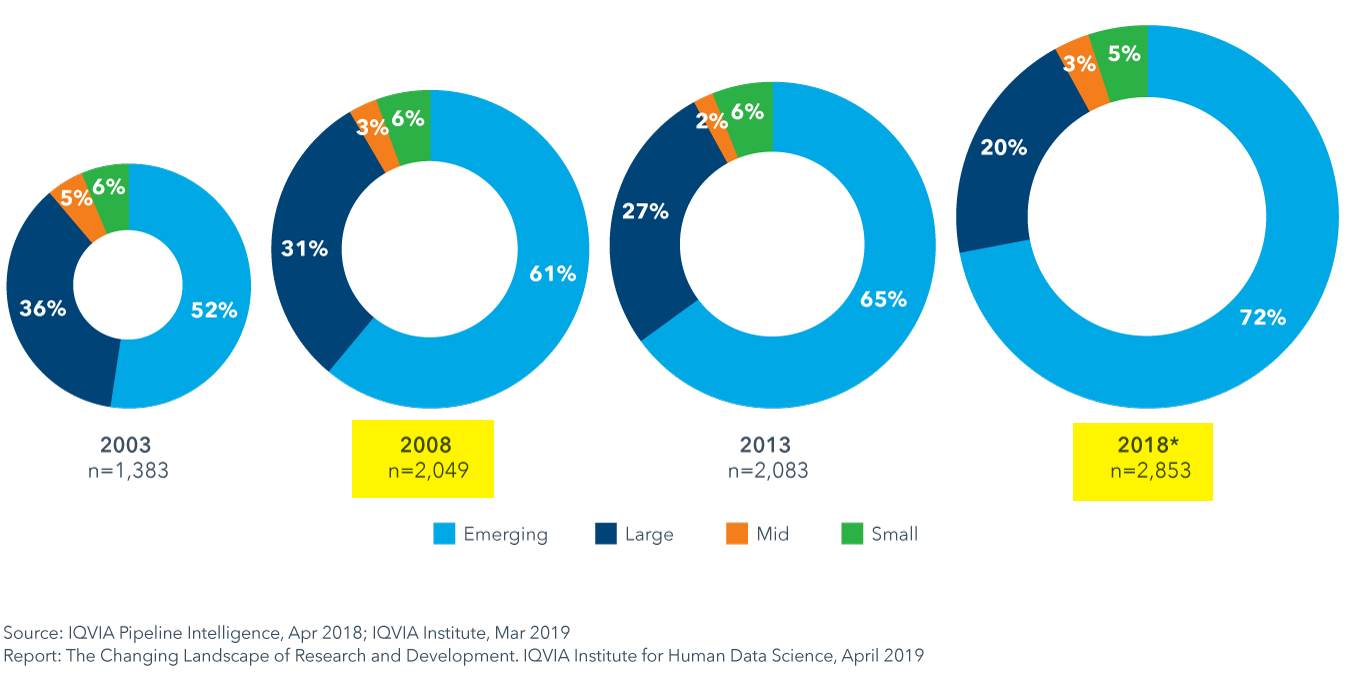 Stocks have steadily trended higher this year and now sit near all-time highs. A risk near-term would be a natural consolidation of gains as the market achieves the milestone of a new all-time high. But this will be a transitory period of higher volatility on the way to further new highs, as the broader stock market appears firmly entrenched in an uptrend. An important risk down the road would be the monetary policy expectation. Presently, the financial markets, particularly the bond market, has factored in a quarter-point rate cut during 2019. If the expectation for growth to rekindle in the second-half begins to strengthen, the possibility of a rate cut will diminish. This will be disruptive to the bond market, but to a relatively lesser extent to the stock market since the rising earnings growth expectation would offset the disappointment of a deferred rate cut.

While the broader market appears well-positioned for further gains during the year and a prudent investment strategy remains to stay the course, for the healthcare sector we believe a more selective approach will serve investors well. Biotechs continue to have appeal, although instances of sharp volatility will rise further as healthcare policy becomes a key debating point for the primary and presidential elections. Some of the key areas of interest for investors which have also shown M&A related activity are oncology, new therapeutic approaches like gene therapy, and rare and orphan diseases.

As always, take a portfolio approach in biotechs to overcome inevitable mistakes.