Biotech stocks have a pulse now, and it's beginning to beat a little harder!

As President Trump on Friday, May 11, delivered a blueprint, American Patients First, to lower drug prices the early indications appear to be that the biotech and pharmaceutical industries have jumped through the proverbial ring of fire with just a few singed hair.

In fact, the blueprint, in its present form, lifts a cloud of uncertainty over the biopharma sector and paves the way for sunnier days ahead, at least for the near-term.

The biotech stocks have been demonstrating strong resilience in the face of intense volatility since February and, remarkably, keeping pace with the broader indexes, considering the highly speculative and volatile nature of the group.

The further clarity in administration's strategy is favorable for the biopharma sentiment and can provide the momentum to join the incipient market rally. Investors may consider an exposure to the sector at least for the second quarter, as the third quarter may amplify the negative rhetoric around drug pricing as election posturing becomes louder.

So far it appears the bark turned out to be worse than the bite.

The biggest fears heading into the blueprint announcement were:
(i) The Centers for Medicare & Medicaid Services (CMS) will acquire direct negotiating power to engage with pharmaceutical companies on pricing. Presently, negotiations with drugmakers are done by the insurance and pharmacy benefit management (PBM) companies, and as per the 2003 law, the CMS is prohibited from using its buying power to directly negotiate.

As New York Times reported prior to the blueprint release,

Asked if the plan would include direct negotiations by Medicare, the official said, “No, we are talking about something different...We are not calling for Medicare negotiation in the way that Democrats have called for. We clearly want to make important changes that will dramatically improve the way negotiation takes place inside the Medicare program.”

It was a collective sigh of relief for the biopharma industry when direct negotiations and imports were not included in the blueprint. Instead, the President did talk about giving the Medicare Part D new tools to negotiate for lower prices. Still, the industry lobbyists and the middlemen PBMs received a tongue lashing from the president, which was a small price to pay for a benign policy.

The 44-page blueprint highlighted by the President from his bully pulpit in the Rose Garden had four key points:

Implications of APF for Biotechs 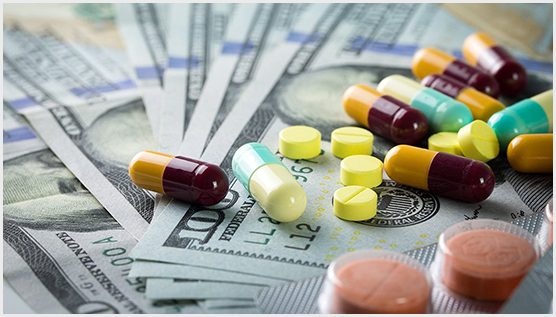 The biotech industry depends on its eventual high-valuation exit on the pharmaceutical industry, for they are the eventual buyers of the biotech product pipelines. So what's good for the pharma industry is often good for biotechs.

The APF in its present detail has turned out to be much better and gentler than expected, as the healthcare market was bracing for a worst-case scenario. In addition, the focus on seeking higher drug pricing from developed countries through the trade department will only increase export revenues for larger biotechs and pharmaceutical companies.

The biotech indexes responded by surging to their best performance in weeks, with the Nasdaq Biotechnology Index jumping nearly 3%. Even the PBMs, like Express Scripts (ESRX) and CVS Health (CVS), bounced nearly 3%.

The clarity from the blueprint provides a greater measure of confidence in stable industry dynamics and contributes towards a better healthcare investment climate.

Biotech stocks have recently struggled with some high-profile drug failures, that have dulled the investor sentiment.

Earlier this month, Merck published the results of its 2000 patient in the New England Journal of Medicine, for its Verubecestat drug for treating Alzheimer's. The Phase II/III studies, that began in December 2012, and was stopped by Merck last year after an expert panel determined "virtually no chance of working," have revealed no improvement in cognition and function.

This was not just a failure of a single drug but the failure of a promising and much-pursued approach to treating Alzheimer. The approach was predicated on the widely believed amyloid hypothesis that cutting off the supply of amyloid beta to the brain can reverse the progression of Alzheimer. Drugs that would block the enzyme, known as BACE inhibitors, could then also prevent the buildup of the beta-amyloid, and thus slow or even reverse the progression of Alzheimer's. The results from the published study indicate that the damage in the brain may already be too extensive to be treated by any such class of amyloid inhibitor drugs, and the amyloid hypothesis may consequently be incorrect.

In April, it was the failure of a highly anticipated Phase III trial of a immuno-oncology combination of Incyte's (INCY) Epacadostat drug, an IDO protein inhibitor, with Merck's (MRK) blockbuster drug, Keytruda, a PD-1 checkpoint inhibitor, which cast a pall of gloom over the IDO sector in particular and biotechs in general.

However, biotechs have the benefit of the favorable overarching trends of rapidly evolving science, declining returns on internal pharma R&Ds, and growing M&A, as discussed in an earlier article Biotechs Well Placed. And with the market improving, these favorable factors cannot be dismissed.

As the stock market begins to steady itself, after a period of intense volatility, a favorable APF blueprint can provide the momentum to the biotech sector to rise above key technical levels and resume their uptrend.

Recently, we wrote an article about Small Cap Stock being a bright spot in the volatile market with the potential to lead the market higher as the sentiment improves. The resilient strength in the small caps suggests a risk appetite for speculative investments. Many of the biotech stocks are in the smallcap and midcap space, which has contributed meaningfully to the Prudent Biotech model portfolio gain of +18% as of April 1.

The biopharma sector has dodged a bullet for now. However, it's unmistakable that the lowering of prescription drug prices has broad appeal, and in the years ahead the pressure will continue. The prescription market remains on a long-term trajectory towards some form of price control in the future. With the November elections approaching, the price-gouging rhetoric will most likely rise after Summer season and more policy proposals will be offered, which may not be as benign, even though any change in key policies, like the CMS negotiating power, has to pass through Congress where it will face strong resistance.