After an extended period of consolidation, the Biotechnology sector appears to be gathering momentum to spike higher and record new 52-week highs.

There has been a tangible shift in investor sentiment relating to the regulatory landscape, which has been clouding the sector prospects for over a year.

But the sentiment shift is not without its ups-and-downs.

A healthcare rally that ensued in November 2016 after a change in control of the White House was doused by comments that resounded like a thunderclap for the sector.

Not once, but twice!

First, it was the comment in an interview in December 2016.

Thereafter, it was at a press conference on January 11, prior to assuming office, where the President went off script to scold the pharmaceutical industry.

All this angst culminated in a healthcare executive meeting at the White House last week, where pharmaceutical industry leaders walked away with a sense that price management is not a priority, but instead a more holistic approach which looks at the drug approval process and less regulation can be a priority.

I'll oppose anything that makes it harder for smaller, younger companies to take the risk of bringing their product to a vibrantly competitive market. That includes price-fixing by the biggest dog in the market, Medicare, which is what's happening. But we can increase competition and bidding wars, big time...So what I want, we have to get lower prices, we have to get even better innovation and I want you to move your companies back into the United States. And I want you to manufacture in the United States. We're going to be lowering taxes, we're going to be getting rid of regulations that are unnecessary.

It was not clear if the message was entirely supportive since President Trump's imprecise words appeared to offer support for both positions, for and against (as underlined by us).

A law written by congressional Republicans in 2003 prohibits the government to use the negotiating leverage of its health care programs - Medicare and Medicaid - to bargain for lower prices. The President, for now, appeared to be reading from the same page as the Republican-controlled Congress.

The industry took Trump's evolving position with great relief and felt the focus has shifted towards streamlining the drug approval process, which contributes to higher costs.

As Merck CEO Ken Frazier, was quoted in Bloomberg saying, 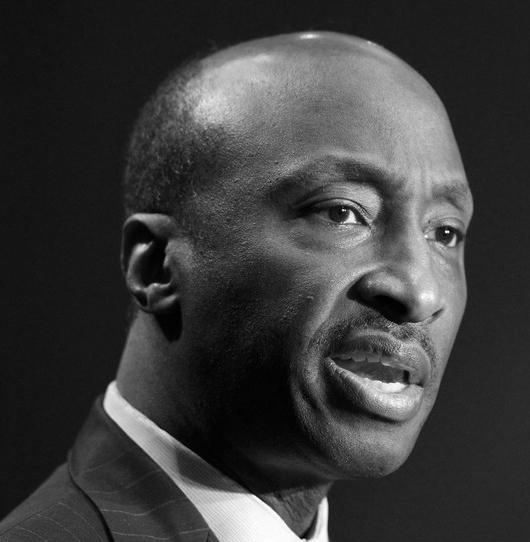 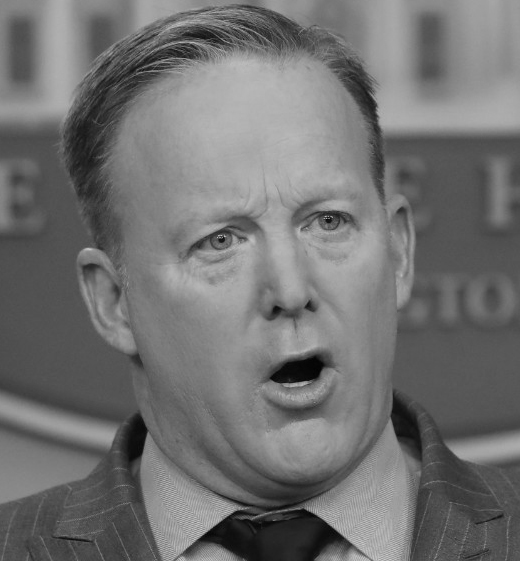 He's for it, Yes...Absolutely…The easier way to look at this is what other countries have done. Negotiating costs to keep those down. As drug prices continue to escalate that drives up healthcare costs for every American.

Why is this political statement parsing necessary?

It becomes necessary for regulatory uncertainty is the only major reason holding back the biotechnology sector.

Biotechnology remains one of the rare sectors that has not participated in the ongoing market rally over the past 10 months.

The Biotechnology sector is at an inflection point.

The positives are bubbling up, but the regulatory uncertainty has been a burden of heavy chains holding the sector back.

The ambiguity in the most recent comment from the President at the healthcare meeting makes us believe that there is a split in his position, and he will use the price regulation threat to draw out concessions from the industry, while not pursuing a price bargaining regulation.

As things stand presently, the new administration and the Republican Congress have their hands full trying to figure out an alternative to the Affordable Care Act, in what is being characterized as a "repeal and replace." For the new administration to take on another healthcare battle against its own Republican-controlled Congress, may prove to be too much, too soon.

The chains are not off yet, but there are cracks emerging. This will mean that the biotech sector will have to continue living with the uncertainty for perhaps many months. But the regulatory environment appears more favorable than it did a few weeks ago when the industry was being accused by Trump of "getting away with murder."

Unless the industry can set up another summit in short order, this is all the certainty the healthcare leaders will get at present, in our opinion. For many healthcare executives, the recent opening in the President's comments might be sufficient to move forward with their growth plans.

And this is all the certainty that investors will get for the next few months. And it's not a bad place to be in for generating investment returns.

The article last November, Biotech Bonanza: 5 Reasons for Sector to Shine, looked at the reasons supporting a strong sector move in 2017. In there we mentioned:

The new investing environment creates what we believe can be a Biotech Bonanza."

One of the key reasons was an improving regulatory climate. As discussed above, this now appears to be truer and building momentum.

In an article in January, Can Trump Be a Catalyst, it was discussed how Trump can be of benefit to the Biotech sector through streamlining the drug approval process and appointing an FDA commissioner with that goal in mind. This appears to be gathering momentum as well.

Another key reason mentioned for a potential Biotechnology Bonanza was an unavoidable push towards Mergers & Acquisitions (M&A). This point was further developed in the Trump as a Catalyst article as we reasoned that a shift away from relying on price increases towards more innovation and creation of new product lines, leaves little choice for pharmaceutical companies but to engage in biotech acquisitions with a sense of urgency. This appears to be gathering momentum too.

However, we believe this is just the beginning.

The potential industry consolidators are eager.

If there is any doubt about the urgency being experienced by large pharmaceuticals and biotech companies, then the recent pronouncements should dissipate any doubt.

Amgen (AMGN) at its earnings conference call earlier this week had CEO Bob Bradway indicating that,

"we have considerable flexibility to do transactions...we feel like we're in a place now where we can look externally for large and small opportunities to help grow the business...we're confident in the importance of innovation. And we've got a balance sheet that supports our ability to look at transactions large and small."

Industry giant Gilead Sciences (GILD) also admitted on its conference call that in the absence of imminent new products to drive its revenues, it needs to make acquisitions to grow.

Novartis (NVS) indicated at its recent shareholder meeting that it is focusing on small cap acquisitions below the $5 billion range. The Company's CEO, Joe Jiminez, said,

We look at everything; the bigger the target the higher the premium seems to be right now. We have gone upstream, and, if you heard, in the fourth quarter we announced four transactions that were quite early-stage, but they supplement the pipelines of our innovative medicines divisions."
Pfizer (PFE) has already been quite active in its acquisitions with one of the largest acquisitions last year of Medivation, and remains eager for more.

And they are not the only companies with the deep pockets and a desire to make transactions.

The biotech industry fundamentals have improved significantly over the last year as programs have advanced, while the market valuations have shrunk. The sector as represented by larger cap Nasdaq Biotechnology Index (IBB) declined -21% in 2016, while the relatively smaller cap S&P Biotechnology Select Index (XBI) declined -16%. This compares to a more muted decline for the broader healthcare sector (XLV) of -4%. As the urgency rises for industry giants to make acquisitions, there is a large pool of promising small and mid-cap companies that can be potentially attractive targets.

Finally, there exists a favorable market environment presently that continues to support risk-taking, as highlighted in an article earlier this week, The Market Is Heading Higher, which said:

Based on the fundamental support and risk tolerance, we believe the stock indexes will continue to record new highs for the near future and investors should continue to take advantage of this window of opportunity, which will not be eternal."

One just has to look at the number of Biotechnology IPOs that have come public over the last three months - a much faster pace than any time in the past 12 months - to gauge the demand for risk. There is an underlying demand for biotech equities. 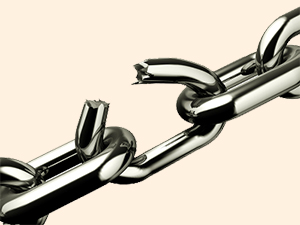 We believe cracks are beginning to appear on the regulatory chain holding back the sector on the dock, while the rest of the market has sailed away. At the same time, like it or not, this is probably as much certainty, or lack of it, on the regulatory front one may receive in the first-half. And we may be just one tweet away from another set of projected outcomes.

But we believe the biotech sector is beginning to take the Trump uncertainty in its stride. Policy uncertainty may create volatility. But the valuation support from growing consolidation and an overall rising market have put the Biotech sector in an upward bias.

We believe we shall witness new 52-week highs on the biotech benchmark XBI first (from ~65 level) and thereafter IBB (from ~280 level), during this first quarter. This will mean overcoming resistance levels that have repeatedly pushed back the Nasdaq Biotechnology and S&P Biotechnology indexes multiple times over recent history.

That will set the stage for further gains.

The year has started off on a strong note for biotechnology stocks, with the benchmark IBB up +5% in January. The 8-stock Prudent Biotech Portfolio, which focuses more towards small and mid cap stocks, was up +14% for the month.

We believe investors should increase their allocation to the biotech sector. In our 10-stock Graycell Small Cap Portfolio, which was up +71% in 2016, we have raised the biotech sector exposure to a higher level than at anytime before in recent history.

We still feel it is important to build a portfolio of stocks with adequate exposure to small and mid-cap biotech companies, the sub-segments that have performed better than larger caps as evidenced by IBB (large cap) vs XBI (mid and small cap) performance.

As always kindly do your own due diligence.

Please feel free to add to this discussion or point out errors, in the Comments section.

You may also check out our other stock market related Blog on Graycell Advisors.